A Tribute to “Unproven” Technology

Related, and updated at Flea.

END_OF_DOCUMENT_TOKEN_TO_BE_REPLACED

Hey Mr. President! Guess What i Got?

Update: Its not just me.

Or stand against him.

Rush is standing against him.

Its time some Republican “leadership” did the same.

Now that i’ve had it explained to me, i want Obama to Succeed.

UPDATE:  i guess it would be better to support Newt, and dump the one person who is actually able to get the conservative message out, dispite the media.  (Yeah, i called him “the one”.)

i see that as communism, and I want Obama to Fail.

So long as we’re clear, you don’t speak for me.  You see Rush’s choice of words as sacrificing “clarity for controversy”. i see Obama’s policies and actions as an extension of who he fundamentally is.  He wants to destroy my life, because he believes he can remake it better. He wants to take from me,  from my children, and from their children, that which we have earned or will earn so he can give to those who could earn for themselves, but refuse to.  He wants to make decisions for me and for millions like me – simple, mundane decisions like when to turn on a light, or complex, difficult decisions like how, when, and where we should seek medical care – because he believes himself smart enough and wise enough to make those decisions better than any of those millions, myself included, could possibly make on their own.  But, most of all, he wants the power to do these things and more, because he believes he is capable of wielding it and he believes he deserves it.

i believe he is a tyrant, in the mold of Stalin or Hitler or Castro or Chavaz.

And I Want Obama To Fail.

(i took the liberty of making a few corrections to the original post, above.)

i’ve taken to avoiding capitalizing the pronoun of self-reference.  i mean, how would it look if i capitalized “Me” all the time?  Anyways, thinking about that made me think about this.  And now i have a song stuck in my head…

As we work we sing a lively tune
“It is great to be so happy on a busy afternoon.”
And when we’re through with the day’s only chore
We go into the I
And we close the door

Ace’s words come back to him?

Peter Robinson on a point so moronically obvious even I made it:

The elite journalists, I repeat, got Obama wrong. The troglodytes got him right. As our national drama continues to unfold, bear that in mind.

What i still don’t understand is, what did they think they were voting for?   Why, in a year-and-a-half long campaign did NOT ONE OF THEM ask, “Change what?” 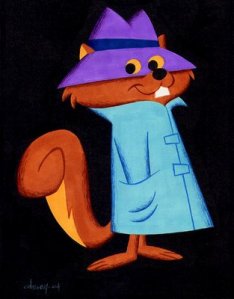 This Only Helps the Democrats